The Wonder Workshop’s Dash and Dot.

We got these cool robots for the Coding Cloubhouse. They look like blue baseballs piled and connected to each other with a face, but they are much more than that. They appear that way because  of the plastic frame that looks like that. Dash has wheels so that he can move around. He also has a pivoting head (meaning that his head can look around while his body stays still). They also have speakers so that they can talk to you and you can interact with them. They also have  many lights. The reason that these robots were made is so that 5 year olds would be able to program them.  They can be programed many different ways with different apps. They can be block coded  in the “Blockly” app,  If a path is drawn on an iPad using the “Path” app, then  Dash will follow it, in the “Go” app he can be steered by being told to go forward and backward, side to side, the lights can be turned off and on and change color, and much more.
Wonder Workshop has invited my sisters and me to go to their workshop. And we get to test out their new programing. They have not shown this to anybody else so I am very excited to get to see their new programing app and how it is different and similar to the ones that we have. 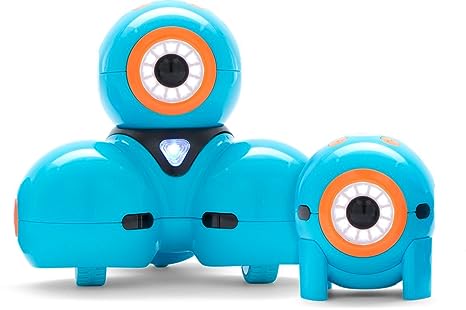